“Why We Fail at Grading Our Workers” Reviewed

“Why We Fail at Grading Our Workers” By Vivien Shiao, The Business Times

In “Why We Fail at Grading Our Workers” for The Business Times Vivien Shiao discusses why performance management processes from decades ago are now ineffective. Shiao begins by mentioning that the anticipation of performance reviews is negative to all parties – employee and supervisor alike. The consensus on performance reviews is that they are, “prone to bias, demotivating, and do not effectively raise overall performance” as intended.

First, Shiao looks at the origination of the current performance review process. The origination lies in the large and successful American corporations of the late 20th century that were viewed “as best in the world” implementing reviews and popularizing them. Today, this review process “has hardly changed since the start of its implementation and follows a very predictable pattern,” writes Shiao. This pattern, when repeated over and over, has led to the performance review stigma mentioned earlier.

Estimates of the time spent on these reviews by management is “210 hours per year,” a huge commitment that sees no return. Couple this with the “subjectivity of such reviews” and now negative return is a real potential. The root of ineffectiveness is that managers are “not equipped to mentor or carry out performance reviews,” rather they must rely upon memory or their own notes. The access to real-time objective data withPerformance Scoring arms companies with the performance management tools that managers yearn for. 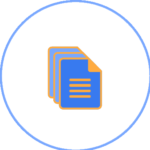 One of the more recent deviations from traditional performance reviews was the introduction of the bell curve. However, this too has come under criticism for its flaws. The bell curve typically will label most employees as average and “removes transparency” from the process by grading with relativity. This is precisely the reason why Performance Scoring’s relative scoring uses only objective factors to measure performance. Performance Scoring does not seek to root out low performers but to improve and develop every employee individually.

There are many forward-looking companies that have prioritized performance management, such as Deloitte and Adobe. These organizations have focused in on “real-time, nimbler, and more individualized” systems. Performance Scoring will mimic any company’s hierarchy, roles and factors and is not a one-size-fits-all system. Shiao cites data from Deloitte that nearly two-thirds of management using the new performance management system have found it transformational.

You have successfully subscribed to Performance Scoring News and Events!