Gallup – Employee Engagement on the Rise in the U.S. by Jim Harter

Gallup – Employee Engagement on the Rise in the U.S. by Jim Harter

In his Gallup article, “Employee Engagement on the Rise in the U.S.,” Jim Harter deep dives in employee engagement statistics, what is causing them and their effect on an organization. First, Harter looks at the statistics for engaged and disengaged employees. The percentage of engaged employees in the U.S. “is now 34%, tying its highest level since Gallup began reporting” the statistic. Employees that are “actively disengaged” in the U.S. “is now at its lowest level (13%)” as well, writes Harter. 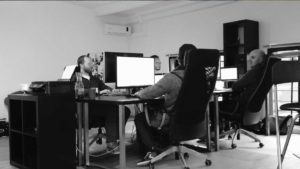 Next, Harter studies a key ancillary statistic from the Gallup report. Employees in “the remaining 53% are in the “not engaged” category” of the report. This level of employee engagement leads to lower productivity, motivation and moral all as byproducts. Effective employee performance management drives up engagement and drives down all the negative byproducts. Imagine that every other employee is “generally satisfied but not cognitively and emotionally connected to their work”, they show up and “do the minimum required,” as the report suggests. Performance Scoring is the answer to this challenge, the application is tailored to empower engagement at any company.

The conclusion of Harter’s article is about how actively engaged employees drive an increase to the bottom line. “Organizations with higher employee engagement and lower active disengagement perform at higher levels,” writes Harter. Next, he continues by saying that companies in the top quartile of engagement see “21% higher profitability” than the bottom quartile. “The 21st century workforce expects to have a manager who coaches them,” says Harter. Performance Scoring empowers managers to coach their workforce, based on the objective measurables they know lead to success. Finally, Harter ties the article together with “successful organizations built a culture of high development experiences that led to high achievement.” Building this culture and experiencing high achievement begins today, and it begins with Performance Scoring.

You have successfully subscribed to Performance Scoring News and Events!